Be the first to review this product
$119.99
In stock
SKU
601029
Add to Wish List Add to Compare
Email
VIOLET VALE WIZARD TOWER
Details
Embark on mystical adventures in the realm of Violet Vale, where magicians and wizards bring magic to life. Approach the wizard's headquarters located in the Violet Vale - Wizard Tower, where many secrets are hidden. Rotate the dial on the front gates to open the entrance and meet three powerful magicians - Jutsithor, Sagithor, and Crysthella. There are several trap doors to trick intruders and prevent them from attacking the tower. Rotating the tower's second level simultaneously reveals a secret hideout of magical crystals while also blocking the entrance to the tower's upper levels, in case intruders arrive. There is a cannon on the top of the tower to defend against opposing forces. Playset includes three magicians - Jutsithor, Sagithor, and Crysthella, wizard tower, cannon with darts, magical crystals, maps, spell book, magical staffs, and many other accessories. Dimensions: 10.2 x 11 x 22.4 in (LxWxH). Now a popular YouTube series! Follow along with the story today: https://bit.ly/NovelmoretheSeries. Playset recommended for ages four to ten years. Warning. Choking Hazard. Contains a small ball and small parts. Not for children under 3 years.
More Information
Reviews
Write Your Own Review
Only registered users can write reviews. Please Sign in or create an account
Skip to the end of the images gallery 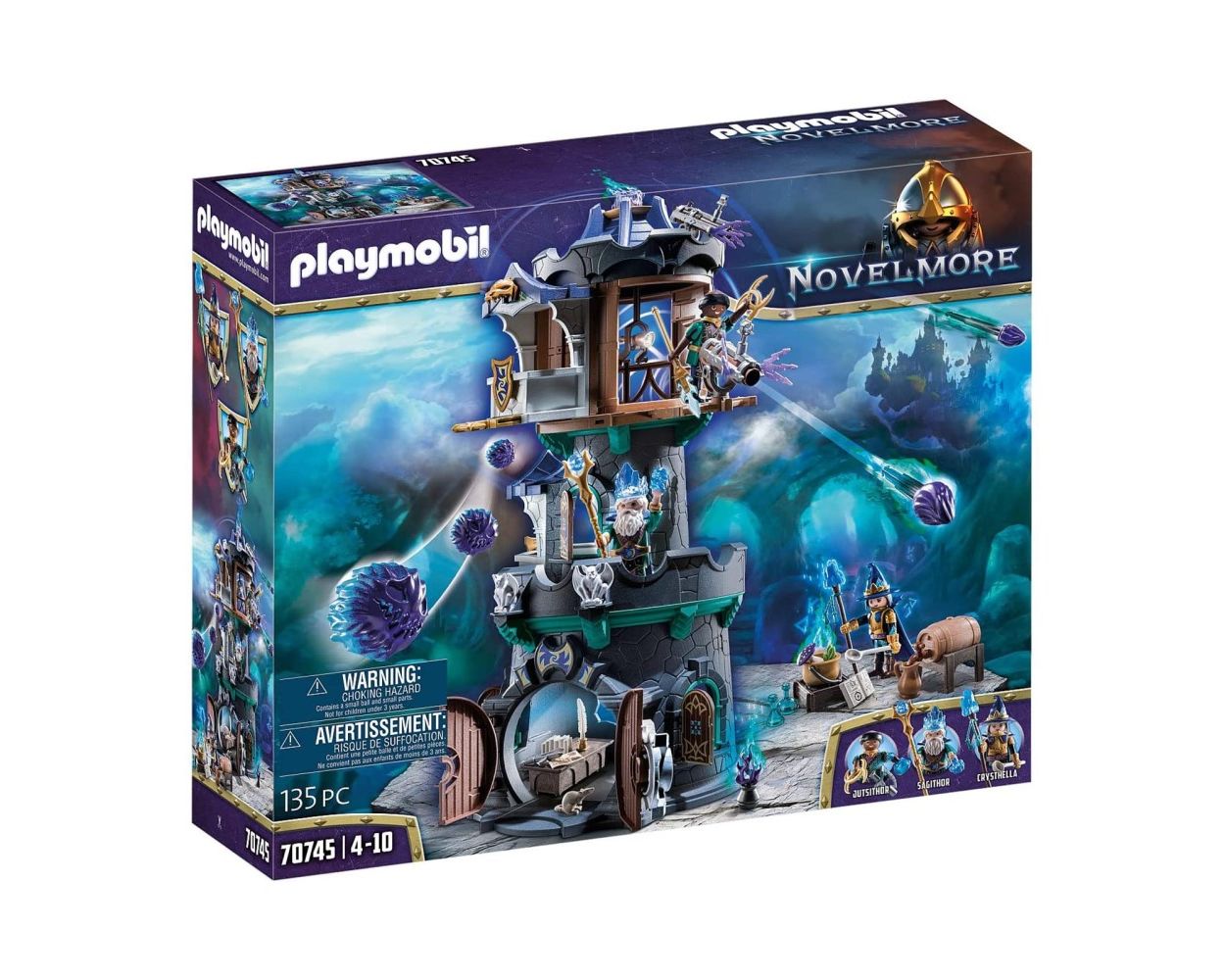 Skip to the beginning of the images gallery

Check items to add to the cart or